In this section we wish to present before you creative writings of those who have ventured to explore the sea and sky of the writings of Sri Aurobindo and The Mother. These contributions are meant to lead us to contemplate on certain Truths. 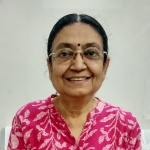 Sri Aurobindo, the incarnation of the Supreme Divine, came on earth to accomplish the special spiritual mission of raising the mankind to the higher level of consciousness, from mental to the supramental, from the human to the divine. For this aim he accepted the human life and its limitations. In the early years of his occupation, he was a professor of English and Vice-principal at Baroda College. Thereafter he went to Calcutta as a principal of the newly-founded Bengal National College. So Education was naturally his own field. But the cause of the freedom of India became his first priority and he took a plunge into it. Sri Aurobindo strongly propounded the necessity of National Education as a much needed foundation for free India. He and the Mother had their original and spiritual approach to Education. On that basis in their Ashram at Pondicherry in 1952 was started the well-known institution named Sri Aurobindo International Centre of Education.

According to Sri Aurobindo there are three principles of true teaching. The first principle is that nothing can be taught. The teacher is a helper and guide. His business is to suggest and not to impose. He does not impart knowledge to the pupil; he shows him how to acquire knowledge for himself. The teacher does not call forth the knowledge that is within; he only shows him where it lies and how can it be habituated to rise to the surface...

The second principle is that the mind should be consulted in its own growth. The gist of what Sri Aurobindo has said is that either the parents or the teacher should not try to enforce their own ideas and preferences into the mind of the pupil. The pupil has to develop the capacities of his mind and expand its potentialities in accordance with his own nature. Sri Aurobindo believes that to force the nature to abandon its own dharma is to do it permanent harm. Every man has in him something divine, something his own, a chance of strength and perfection in however small a sphere, which God offers him to take or refuse. The task is to find it, develop it, and to use it for a noble cause.

The third principle of education is, to work from the near to the far, from that which is to that which shall be. Man carries with him his soul’s past and heredity. Man has his surroundings, his nationality, his country, the soil from which he draws sustenance, the air which he breathes, the sights, sounds, habits to which he is accustomed. They mould him very powerfully. From that we must begin. We must not uproot the nature from the soil in which it must grow. We must not surround man’s mind with images and ideas of a life which is alien to that in which he must physically move. If anything is to be brought in from outside, it must be offered, not forced on the mind. There should be a free and natural growth; it is the condition of genuine development.

Now let us see some of the visionary ideas of the Mother on Education. She expresses here with reference to the University centre:

“We are not here to do (only a little better) what the others do. We are here to open the way of the future to the children who belong to the future.

Anything else is not worth the trouble and not worthy of Sri Aurobindo’s help.”1

The Mother has explained the aim of education:

“...that Sri Aurobindo has taught us how to live and become a true being – and that the aim of education here is to prepare the children and make them fit for that life.

For all the rest, the human ways of thinking and living, the world is vast and there is place out there for everybody.” 2

“It is not a number that we want - it is a selection; it is not brilliant students that we want, it is living souls.” 3

“The aim of education is not to prepare a man to succeed in life and society, but to increase his perfectibility to its utmost.” 4

According to the Mother, a complete Education must have five principle aspects corresponding to the five principle activities of the human being: the Physical, the Vital, the Mental, the Psychic and the Spiritual. She has explained in details each of these aspects. Mostly, people are conversant with the first three aspects of education but the last two aspects (psychic and spiritual) are neither introduced nor taught in our educational system. As a result the student remains unfortunately unaware of the most important and hidden key aspects of his own existence. The Psychic Being and the Spirit are the source and basis on which our life depends for its existence. Their knowledge is at the core of our great spiritual literature, Brahmasutras, Upanishads and Bhagavad Gita. The domain of the psychic and spiritual education does not remain tied to the sphere of limited human mind and intelligence; it soars higher and higher in the free space of Divine consciousness beyond mind and beyond human intelligence. In the Gita Sri Krishna explains to Arjuna:

In the free space of higher consciousness, we come across the terms like: vision, experiences, knowledge by identity, spiritualisation, God -realisation, supramentalisation, etc. In this free space of the spirit, the path of knowledge meets the path of yoga and merges into it. In the Integral yoga, Sri Aurobindo and the Mother have given guidance regarding the psychic and spiritual and ultimately the Supramental realisation.

In the outer world, Man must have knowledge of matter in which he constantly moves and interacts. By following the path of knowledge, he learns many languages and their literature, various branches of science, technology, history and geography, astronomy and then he turns to know about the Supreme Divine who has created the universe with the endless variety of all things and all beings.

In the inner world, Man must know the general inner function of his body and also get the knowledge of his vital plane of emotions and the mental plane of thoughts. He constantly remains involved in these planes and receives the experiences they give.

In his inmost self Man possesses the psychic spark or the soul which is the portion of the Supreme Divine. When the psychic spark develops fully, it becomes the psychic being. It is Man’s true individuality; the soul or the psychic being is the real master of his whole existence. Man remains in ignorance until he finds out his soul which is the source of true knowledge. Man has to come in contact with it and allow it to grow, allow it to come to the surface and rule his life. Thus, true education imparts both the knowledge of the matter and the knowledge of the spirit.

Here we are reminded of Mundaka Upanishad. In Sanskrit the word Upanishad means to go and sit near the teacher (Guru) to have the real knowledge. In this Upanishad, Shaunaka, comes to Angiras in the due way of the disciple and asks of him,

“Lord, by knowing what, does all this (that is), become known?”6

Angiras speaks to him:“Twofold is the knowledge that must be known of which the knowers of Brahman tell, the higher and the lower knowledge.”7

Angiras describes the lower knowledge as Rig-Veda, Yajur-Veda, Sama-Veda and the Atharva-Veda, chanting, ritual, grammar, etymological interpretation, and prosody and astronomy. They are concerned with the knowledge of the objects of the world.

“The higher knowledge is that by which the immutable is known.”8

The Immutable is also called the Supreme Divine, the Brahman. He is both far and near. He is very far when we do not see him in our ignorance, limitation and impurity. But he is also near because He is seated in the heart of all beings and He is also in every atom of the universe, the universe which he has created out of himself. The ninth verse, (cht.1) of the Upanishad describes:

“He who is the Omniscient, the all-wise, He whose energy is all made of knowledge, from him is born this that is Brahman here, this Name and Form and Matter.”9

Those who believe only in matter remain engrossed and overpowered by the material objects and their attractions and enjoyments. They lose the sight of the Supreme Divine who is the source and master of all matter. Those who consider only the soul and despise the matter, miss to see the hidden presence of the Divine in the matter and in the world. Sri Aurobindo and the Mother have revealed the real unity of the matter and the spirit and have opened our eyes to see their integrality.

"India has, or rather had, the knowledge of the spirit but She neglected matter and suffered for it.
The West has the knowledge of matter but rejected the Spirit and suffers badly for it.
An integral education which could with some variations, be adapted to all the nations of the world,
must bring back the legitimate authority of the Spirit over a matter fully developed and utilised.
This is in short what I wanted to say.”10